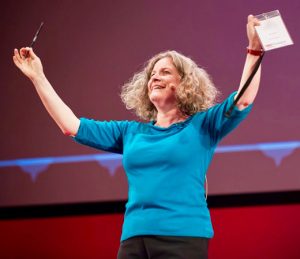 Jane is a drummer, facilitator, consultant and trainer; specialising in music in communication, health and wellbeing settings. She believes that everyone can make music – piloting musical social innovation projects as diverse as: exploring musical communication skills with corporate trainers through the medium of paper; making music with prisoners and their children to encourage family bonding; sharing the delights of improvisation with orchestral musicians who want to play in hospitals; creating a spontaneous bicycle orchestra for the 2014 Commonwealth Games and 2018 European Championships; investigating the potential for rhythm in aiding language learning, and articulating the potential of music in the lives of people with dementia.

Her work as a facilitator has broken new ground in the field of health and wellbeing, through her long-term collaborations with mental health occupational therapy staff in the UK National Health Service. In 2007, she established ‘The Buddy Beat’ drumming group, which won the Epic award for the best voluntary arts project in Scotland and inspired the formation of several other drumming groups for mental wellbeing. In 2016, she was named a BBC Music ‘Unsung Hero’ for her work in the community. She presents at both national and international conferences on the subject of drum circle facilitation, and the potential of music making for social development. As a trainer, she has worked with musicians, orchestras, music therapists, educators, trainers, arts practitioners, and health professionals from Bathgate to Bangalore.

In 2015, she was awarded a Winston Churchill travelling Fellowship, researching the role of music in the wellbeing of older adults in Japan, South Korea, Malaysia, and Singapore. She has just completed a year as an Atlantic Fellow for Equity in Global Brain Health, at the Global Brain Health Institute, focusing on music as a resource for a healthy brain! 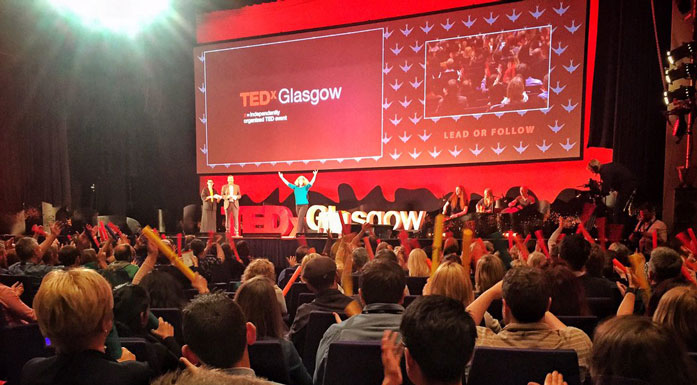