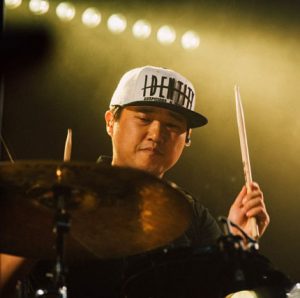 'SONG' is based in Seoul, South of Korea. His name is 'Myoung-Hun' but his global friends like to call him 'SONG'. He first met Arthur Hull in 2008 and began his life as a drum circle facilitator. He has been a producer of Village Music Circles(VMC) Playshop in Korea since 2011. He is now a VMC Certified Drum Circle Facilitator and Trainer.

He studied aeronautical mechanical engineering at university and worked as a Republic of Korea Air Force officer. However, he changed the direction of his life by 180 degrees to be a professional drummer. Since 2006, he has been working as a drummer and percussionist in rock bands, and has released recordings and performances. And he majored in music therapy and counseling psychology at the graduate school, and now he is a certified music therapist. He is interested in 'Relationships and Communication' and considers 'Community Building' as an important value. He has experienced the power of music through drum circles, and is working hard to complete his drum circle style through steady activities in Korea.

He founded the 'Korea Drum Circles Research Society(KDRS)' in 2008 to promote drum circles in Korea. Currently, there are experts from various fields such as music therapist, music teacher, counselor, social worker in KDRS. He is also the founder of the 'DOOGROO Counseling Center' and has developed the 'DOOGROO Rhythm School' program and has been providing drum circles and music therapy programs to schools, education offices, public institutions and corporations. He is an adjunct professor of music therapy at the Graduate School of Sungshin Women's University. As a board member of the National Association of Korean Music Therapists, he is continuing his efforts to distribute drum circles to music therapists.

He is a drummer for the 'Stop Crack Down Band', which is working to protect the human rights of migrant workers working in Korea. The band's activities were documentary and film, which was awarded at the International Documentary Film Festival. He worked as a music therapist at the welfare center and led a rock band composed of youth with special needs. In 2012, he was the first person in Korea to hold the 'Rock Festival for disabled person' successfully and was recognized as a director. He is also an endorser for Remo Inc. and has been spreading 'Drum Circle' and 'healthRHYTHMS' in various fields in Korea.

'SONG' has been organizing free community drum circles regularly in central Seoul since 2011. In addition, the performance of the percussion ensemble band 'Beat-Holic', composed of KDRS members, is popular with the public and is helping the citizens to enjoy drum circles and percussion instruments. 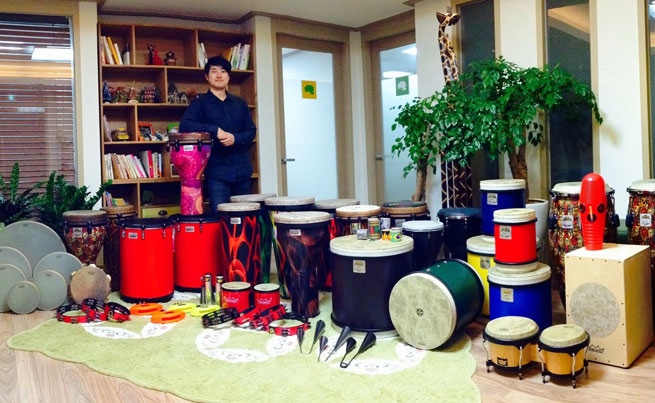