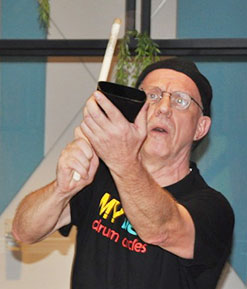 John J Hagedorn is the owner and principal learning facilitator for Better Training Solutions (BTS) based in Kuala Lumpur, Malaysia. He has been conducting programs in business communications for corporate and academic communities throughout the region since 1991.

A lifelong drummer, John introduced group drumming into his team-building programs in 2004 and attended his first VMC training the following year.  Since then, learning drum circle facilitation has transformed the way he does his work and conducts his programs. He abides by Galileo’s wisdom: “You can’t teach anyone anything; you can only help them find it within themselves.”

John has brought drum circles into schools, churches, corporations, and communities. He works closely with the Malaysian Parkinson’s Disease Association providing regular “rhythm exercise” classes for its members and conferences.

Since his rhythm work has become increasingly important, John formed MYbeat Drum Circles to handle this side of his business.  In addition to running drum circles, MYbeat  organizes rhythm workshops and training programs throughout the year. John and his daughter Rhonwyn are also the producers for the bi-annual Asian Rhythm Facilitators’ Conference.

John is a Certified Trainer for VMC’s Weekend Playshops for the Southeast Asian region. 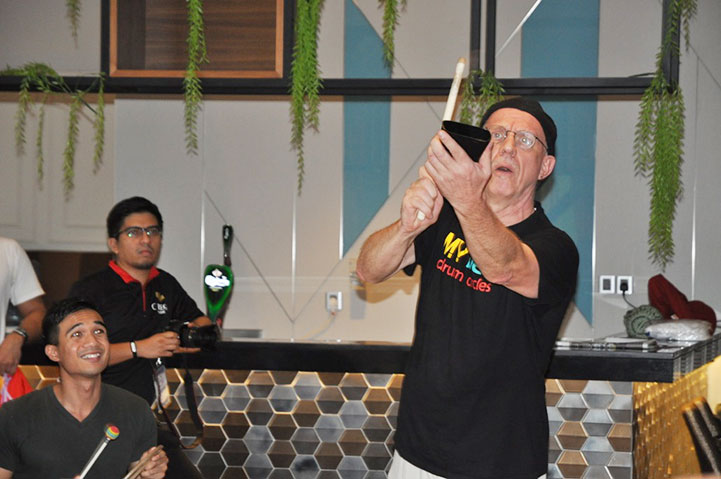