John has been facilitating rhythm-based events since 1990 with his company Rhythm Revolution and attended the very first 6-day VMC Training in Hawaii. Since that training, John has facilitated interactive music-making for conferences, corporations, schools, and at major events worldwide. He is a leader and performer in Kaiju Daiko (Japanese style drumming group) and Sound Magic, (gong and bowl immersions) and has consulted as an entertainment coordinator on world-class events. He teaches ongoing West African drum classes, Japanese Taiko classes and facilitates a monthly community drum circle. John is currently the co-chair of the Interactive drumming committee for the Percussive Arts Society, a member of the Drum Circle Facilitators Guild, and is a Remo endorsed facilitator.

John has performed and recorded internationally. He has studied in Africa, Japan, and in the USA with master drummers and facilitators and is degreed in Percussion from Northeastern University in Illinois (1992). John is a certified park and rec. professional and obtained a certificate in Leadership and Organization Change from Northwestern University. 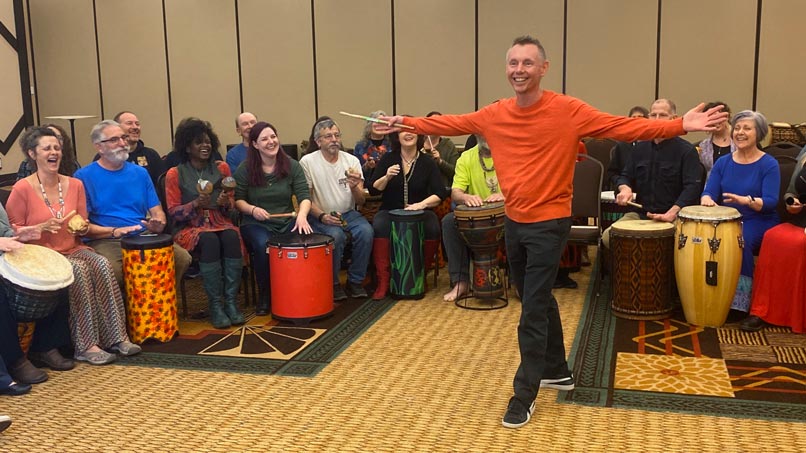 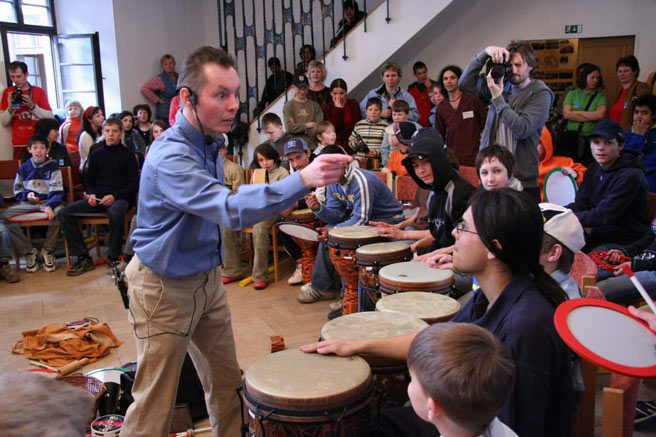