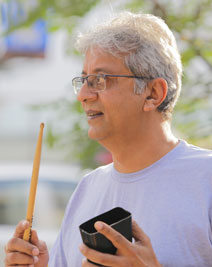 Music aficionados in India have long delighted in the inspiring talents of this drummer extraordinaire. An extremely versatile artiste, Roberto is constantly exploring new dimensions in music.

Roberto has trained extensively in Drum Circle Facilitation with Arthur Hull. He has been facilitating drum circles from 2006, and, along with his partner Vasundhara Das, started Drumjam in 2008. Roberto is an experienced, skillful facilitator who has facilitated Drumjams for groups as small as 5 people and as large as 10,000 people. Roberto’s passion for rhythm is communicated to everyone who takes part in Drumjam events, and his exuberant energy creates a compelling atmosphere that participants in his drum circles remember long after the last beats have faded away.

In addition to his work as a Facilitator, Roberto is a Village Music Circles Certified Trainer for India and is one of 14 International Trainers who now constitute the VMC Global Team. As part of the work of the Community Drumjam Foundation, Roberto along with Vasundhara, now run Drumjam VMC Facilitators Trainings in India to enable more people to take the positive impacts of this work to larger populations around the country. At the first co-facilitated 3 day Basic Facilitators Training held in June 2017 in Bangalore, Arthur Hull along with Roberto co-facilitated the first batch of Drumjam VMC India graduates.

As a performer, Roberto has performed in a number of bands, bringing his own brand of electric virtuosity to a rich variety of musical styles. He has studied with T. A. S. Mani of the Karnataka College of Percussion and classical Carnatic rhythms ripple through some of his music. Other than that, with respect to drumming and music technology he is self-taught.

Roberto’s journey with live electronic music began in association with Roland V drums, in the year 2000 with ‘Sounds from My Mind’, his first performance in this genre. This stunning display of Roberto’s talent in an entirely new form took away the collective breath of musical heavyweights. Roberto is known for pushing the envelope as far as solo drum performance is concerned, and with electronic drumming, he has been setting standards in a dimension that others are just beginning to discover.

Presently, Roberto is busy with his ongoing projects, Drumjam for drum circles, facilitator trainings, solo performances as well as recordings but places the highest priority on performing live and sharing his amazing rhythmical spirit with people through his Drumjams. 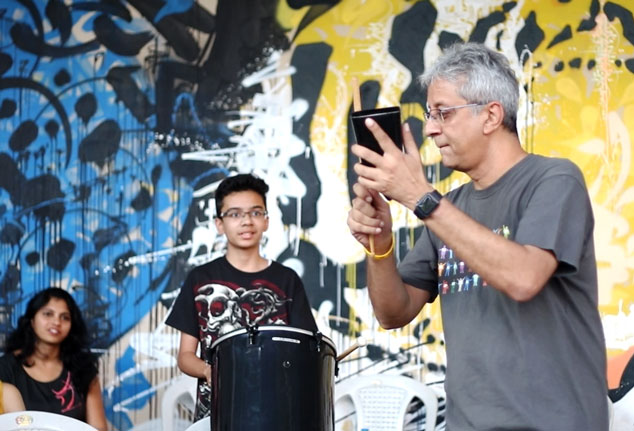 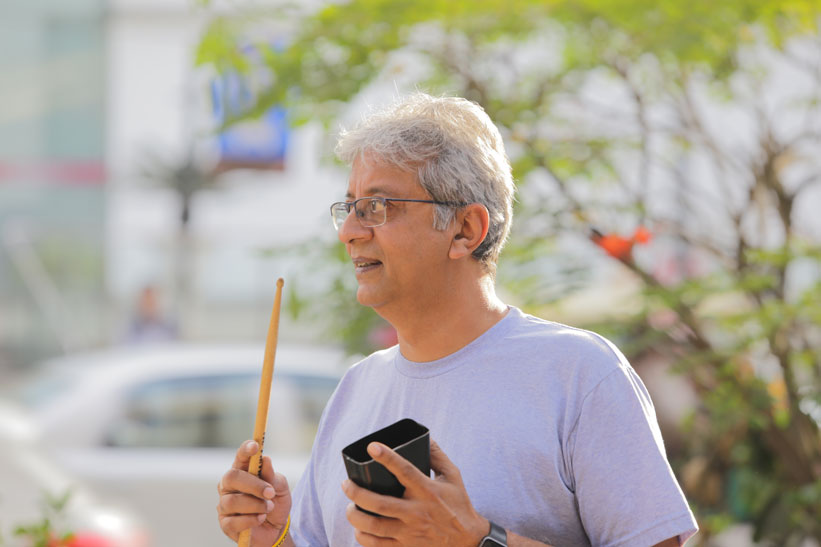